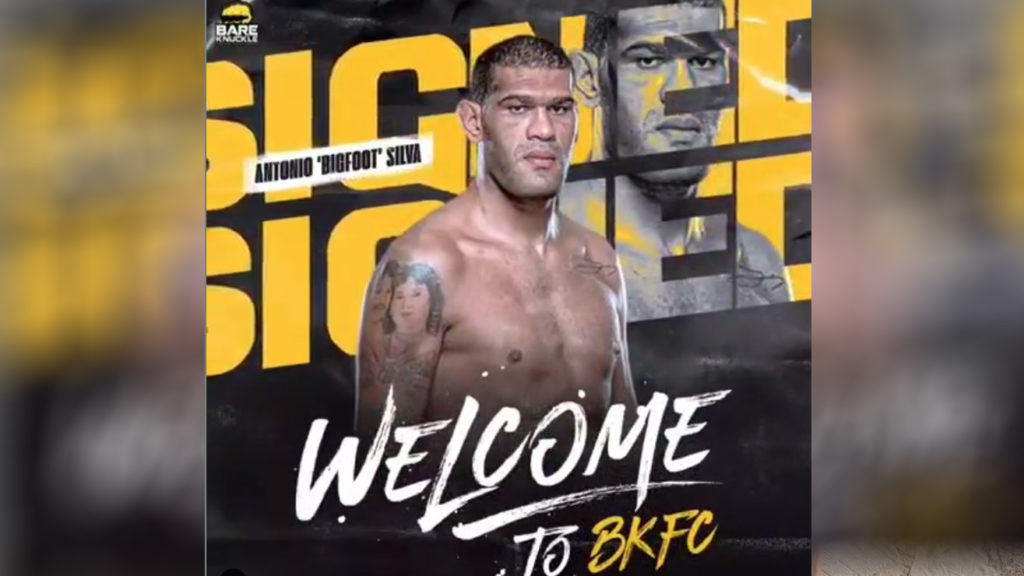 How will this end for “Bigfoot” and BKFC?

Brazilian fighter Antonio “Bigfoot” Silva (19-12, 1) was a promising fighter at one point, winning 16 out of his first 18 professional matchups. Silva has fought for multiple organizations including the UFC, Strikeforce, and EliteXC. But he has dropped 9 out of his last 10 fights which is an obvious sign of a decline. And it’s usually hard to bounce back, especially at 39 years old and especially since he’s suffered from acromegaly (tumor which enlarges the hands, feet, and face).

But Bare Knuckle FC has since taken a chance with “Bigfoot” and they announced in a press release on Thursday that they have some intriguing fights for him.

“We are happy to announce the signing of ‘Bigfoot’ Silva to our roster. He has fought and beat some of the best in the world. We have some intriguing matchups that we are talking about with him now. I really expect great fighters from Antonio,” said BKFC President David Feldman.

Now, it’s actually been four years since Silva has won a fight (Soa Palelei via TKO by punches). But since then, he’s been knocked out in 4 of his last 5 fights, not including his other previous losses either.

So, is it really a smart idea for him to get back into the Octagon? Probably not! Things usually never end well in this type of instance but Antonio “Bigfoot” Silva will keep on fighting and probably keep on damaging his legacy while he’s at it.

However, his manager Alex Davis said in an interview a few years ago that Silva needs the money. And likely, not much has changed since then.

But it’ll definitely be interesting to see how Antonio “Bigfoot” Silva performs in Bare-knuckle FC.

Video: CM Punk gets into an altercation/fight with fan while doing commentary
Read Next Post →
Click here to cancel reply.